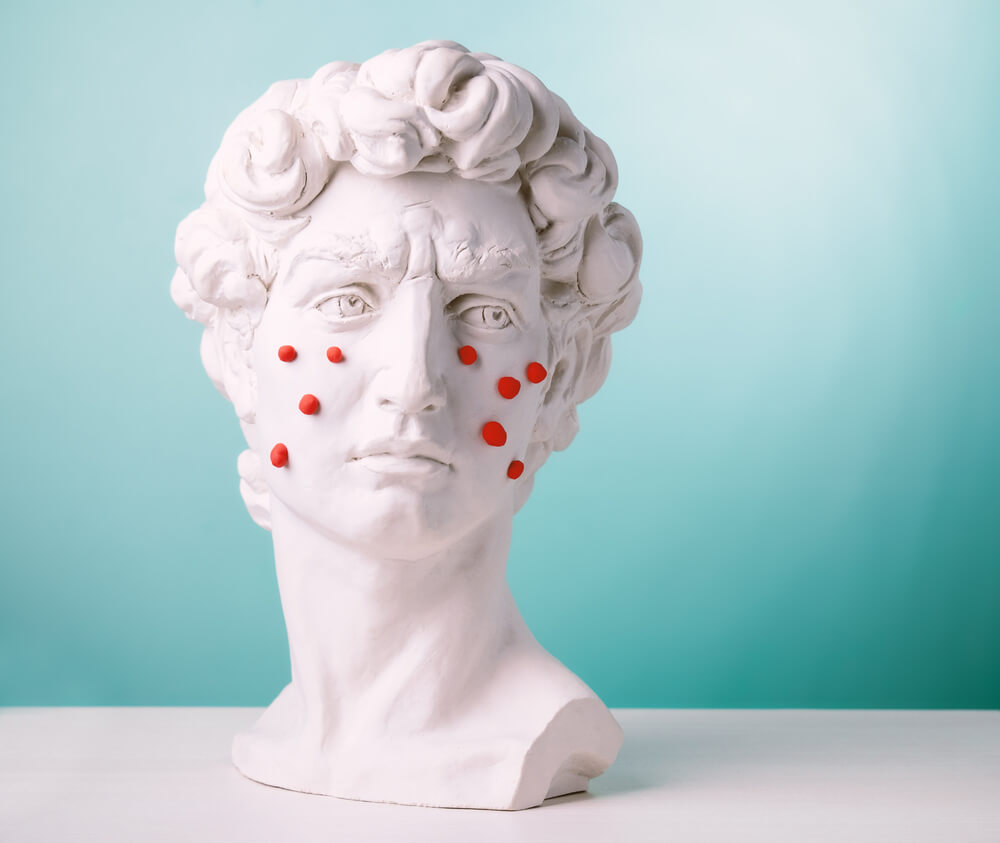 Oil, germs, dead skin cells, and dirt can clog pores in your skin, causing them to become clogged. You may get a pimple or “zit” in this case. You may have acne if this problem affects your skin regularly. Acne is the most common skin condition. It isn’t a life-threatening condition, but it may be excruciatingly unpleasant, especially when it’s severe. It can also induce mental anguish. Acne on the face can hurt your self-esteem and, over time, can lead to irreversible scars. There are a variety of acne treatments that can help you reduce the number of pimples you get and the likelihood of scarring.

Signs and symptoms of acne

Acne can appear on any part of your body. The face, back, neck, chest, and shoulders are the most usual places where they appear. If you have acne, you’ll usually notice white or black pimples. Comedowns include both blackheads and whiteheads.

Because of the oxygen in the air, blackheads open at the surface of your skin, giving them a black appearance. Whiteheads are plugs that have closed just beneath the skin’s surface, giving them a white look. Whiteheads and blackheads are the most prevalent types of acne lesions. Inflammatory lesions are more likely to result in skin scarring. These lesions include papules, pustules, nodules, and cysts.

A papule is a small elevated patch of skin and is less than one centimeters in diameter. The margins of the papule can be defined or indistinct. It can appear in a variety of shapes, colors, and sizes. It’s not a disease or a diagnosis. They are also known as skin lesions, which are changes in the color or texture of your skin. It can sometimes cause a rash when they cluster together and are usually not dangerous. Home therapies can relieve the papule depending on the cause, such as a wart.

Small pimples on the skin that contain pus or fluid are known as pustules. They usually appear as white lumps with red skin surrounding them. These bumps resemble pimples in appearance. They can appear everywhere on the body, but the back, chest, and face are the most prevalent locations. They may appear in groups on the same part of the body. Pustules are a type of acne that is caused by hormonal imbalances or changes in the body. It is a relatively frequent skin disorder that affects teenagers and young adults.

A nodule is an abnormal tissue growth. Nodules can form just beneath the surface of the skin. They can also develop in the deeper layers of the skin or within the internal organs. Nodules are a term used by dermatologists to denote any bump beneath the skin that is at least 1 centimetre in diameter. Nodules can form on the thyroid gland. Enlarged lymph nodes are commonly referred to as nodules (lymphadenopathy).

A cyst is a pocket of membranous tissue that holds fluid, air, or other substances in the form of a sac. Cysts can form practically anywhere on or beneath your skin. Cysts come in a variety of shapes and sizes. The majority of cysts are benign (noncancerous). Treatment for a cyst is determined by several circumstances, including:

Acne has a lot of misconceptions regarding what causes it. Many people believe that certain foods, such as chocolate and French fries, cause acne. There is no scientific evidence to back up these assertions. There are several risk factors for acne. These are some of them:

Acne is more common in young people throughout puberty. Your body goes through hormonal changes during this period. These changes may increase oil production, putting you at risk for acne. When you reach maturity, hormonal acne associated with puberty normally fades or improves.