The colon is the largest and final part of the digestive tract that is further divided into four parts; ascending colon, transverse colon, descending colon and rectum, a part that connects the large intestine to the anus. The colon plays a vital role in the digestion of food, which is why cancer in the colon can disturb the whole digestive system. According to the American Cancer Research Institute, colon cancer is one of the most severe cancers in both males and females.

Colon cancer starts as a small, benign collection of cells known as Polyps. If diagnosed at the initial stages, these polyps can be removed through medical or surgical intervention. Delayed detection leads to an uncontrolled multiplication of these cells and they begin to convert into dangerous cancer cells. That’s why doctors recommend specific screening tests to observe polyps and remove them before they get dangerous.

Based on various factors, any type of cancer in the body can be divided into different stages. Cancer at an early stage is easy to treat because of the minor spread of tumor tissues. However, when cancer starts spreading from the body part where it started to the other organs, it affects the whole organ rapidly. A number of tests are performed to examine the severity of cancer. Doctors evaluate the signs and symptoms by observing the patient on a regular basis. After considering the results of your diagnostic and screening tests, doctors recommend the type of treatment. You should immediately see the doctor when you observe the following symptoms and signs:

Read Also: 10 Warning Signs of Colon Cancer You Should NOT Ignore!

American Joint Committee on Cancer (AJCC) has established standards for the classification of the spread of cancer. It is based on TNM Classification of Malignant Tumors or simply called as (TNM). This system is categorized into the following:

Distant Metastases (M): It describes the spread of the tumor tissue. It explains the degree of cancer spread from the colon to other body parts. 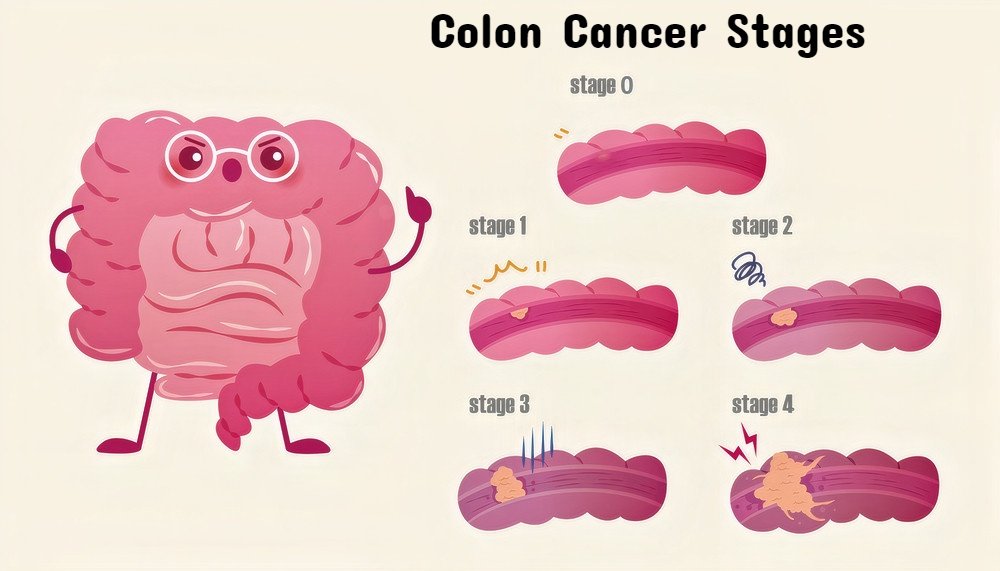 A scale of numbers from 0 to 4 or a letter X is specified for each category. This scale represents the severity of the disease. If the number is small, the disease is less severe. If there is a higher number, the disease is more severe. For example: as T represents the size of the tumor, T1 is considered as the tumor with a smaller size, T2 is greater in size than T1 and T3 is much bigger than both T1 and T2 and so on to T4. Whereas the letter “X” is used when the information about the disease is not determined.

According to the TNM classification, colon cancer is classified into four different stages using some specific numbers and letters that are assigned to each category. These numbers are assigned according to the structure and shape of the colon, the size of the tumor and explain how much the tumor has spread outside of the colon. These stages include; 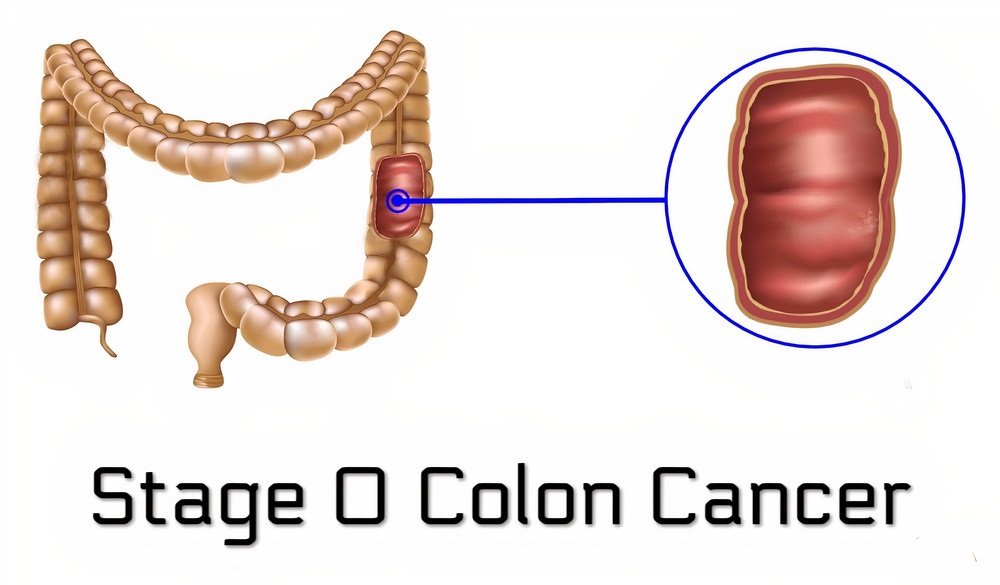 This stage is considered a non-cancerous stage that has the tendency to progress to the cancerous changes. Generally, stage zero means polyps or small abnormal growths inside the colon or rectum. These polyps are usually formed in the lining of the colon, a tissue known as mucosa. At an early stage, these abnormal outgrowths are restricted to one place, and no further spread has observed in the surroundings. This is termed as “Carcinoma in situ”. They should be removed immediately when observed. If not treated at an early stage, they may turn into cancer cells.