Under normal circumstances, the heart’s four chambers contract and relax in a highly coordinated manner, through an elaborate electrical conducting system. The atrium contracts first, pumping its blood into the corresponding ventricle. Then the ventricle contacts after being completely filled with blood.

Many abnormalities can affect the heart’s conducting system, resulting in uncoordinated contractions that wreak havoc on the blood pumping mechanism. In these cases, the heart rate may spike or plummet. One or more heart chambers may contract irregularly and ineffectively. In severe cases, arrhythmia causes acute heart failure, with resultant flash pulmonary edema.

Flash Pulmonary Edema is a severe, life-threatening condition that requires immediate hospitalization and treatment. The first steps include ensuring an open, unobstructed airway, administering oxygen, and giving drugs to decrease the load on the heart.

The next step depends on the specific cause of the flash pulmonary edema. For instance, patients with renal artery stenosis may require surgical revascularization. 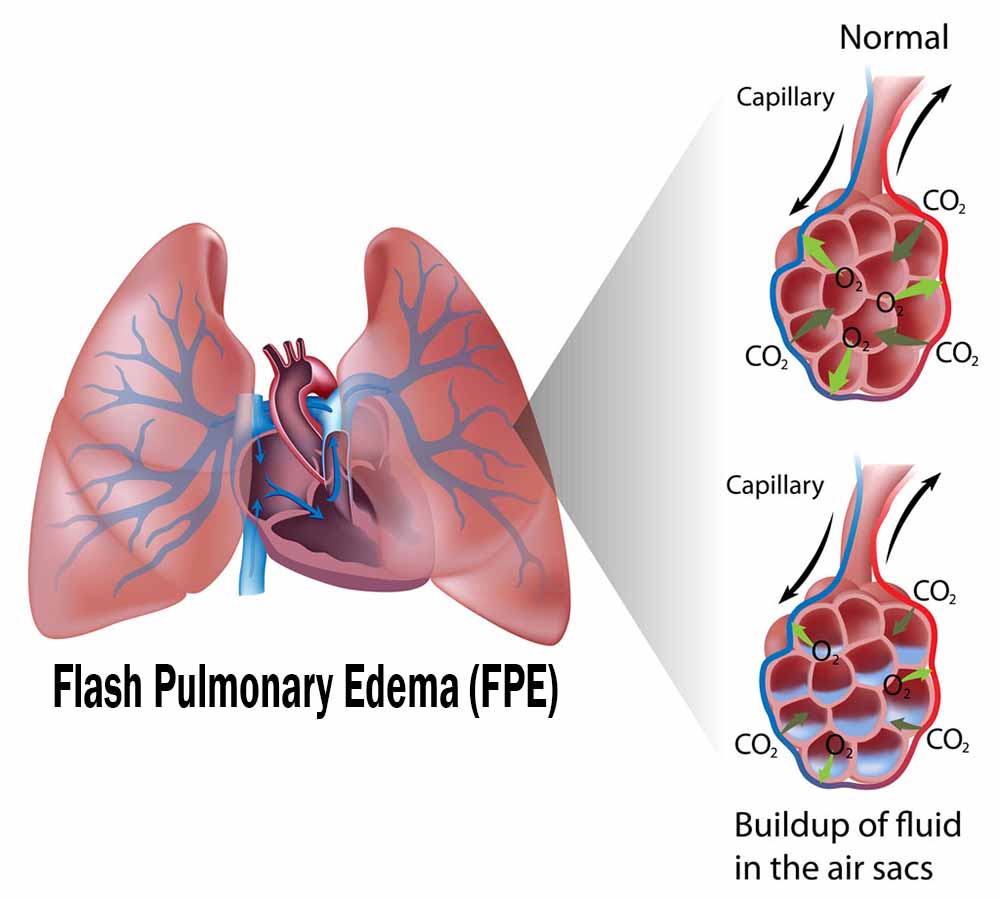