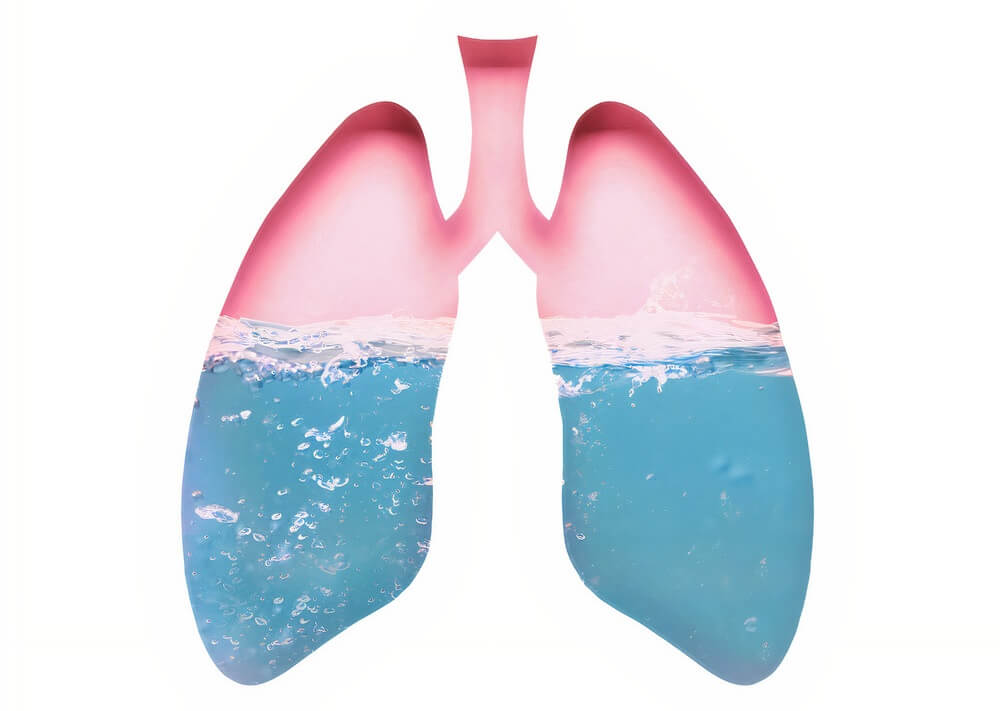 Pulmonary edema is a disease in which fluid seeps into the lungs’ air sacs (alveoli), impairing their ability to transfer oxygen into the blood. This condition has a plethora of causes. When it develops quickly due to an associated pathology in the body’s central nervous system, it is referred to as neurogenic pulmonary edema.

Neuro: meaning related to or originating from the nervous system.

Genic: meaning to be generated or produced from something. 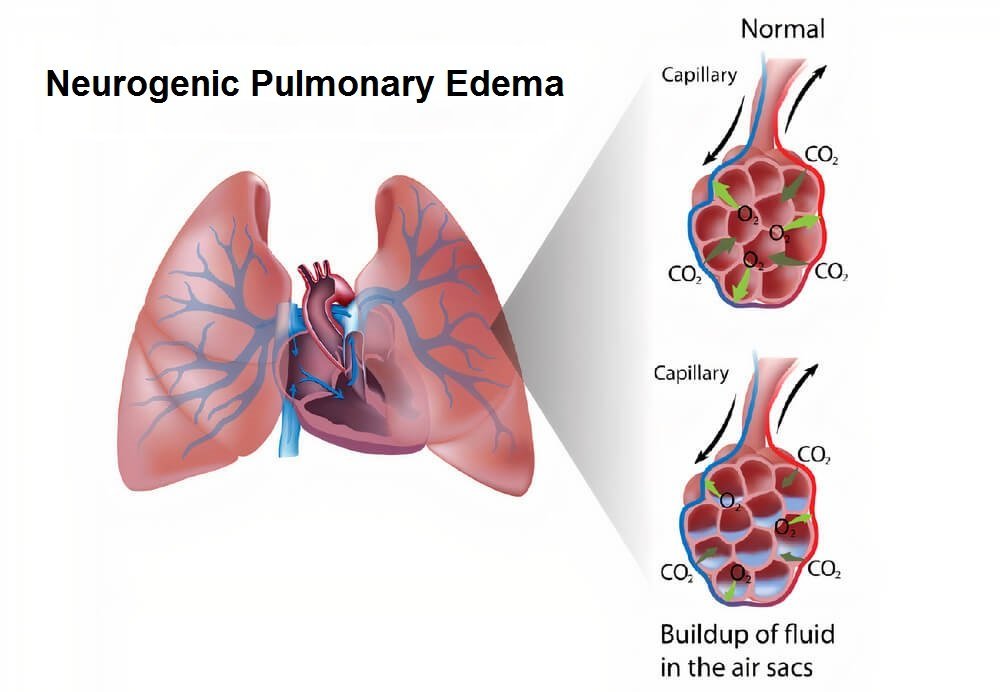 The mechanism by which neurogenic pulmonary edema develops is not very well understood and has been controversial. A structure found in the brainstem, called the medulla oblongata, is believed to be a critical factor in the development of the disease. The most likely link between a neural insult and alveolar flooding is through a massive increase in the pressure inside the skull (often called the cranium) in response to the nervous system injury associated with a deluge of neurochemicals called catecholamines, which include adrenaline.

These neurochemicals affect the lungs’ blood vessels, causing them to become more permeable to fluids, thus allowing the transfer of water from the blood vessels into the alveoli. They also narrow some of the body’s blood vessels (the systemic circulation), making it more difficult for the heart to pump blood efficiently into them. This tires out the left ventricle of the heart, and blood start to accumulate within it, then within the left atrium above it as well. This consequently causes backup of residual blood into the lungs’ blood vessels, which generally pour their blood into the left atrium. The congested pulmonary vasculature inevitably leaks fluid into the air spaces, causing pulmonary edema.

The hypothesis that these chemicals cause direct injury to the heart has also been proposed. The damaged heart cannot pump blood efficiently, forcing more and more accumulated blood into the pulmonary vascular tree, which seeps into the air sacs.