What are the symptoms of eczema? 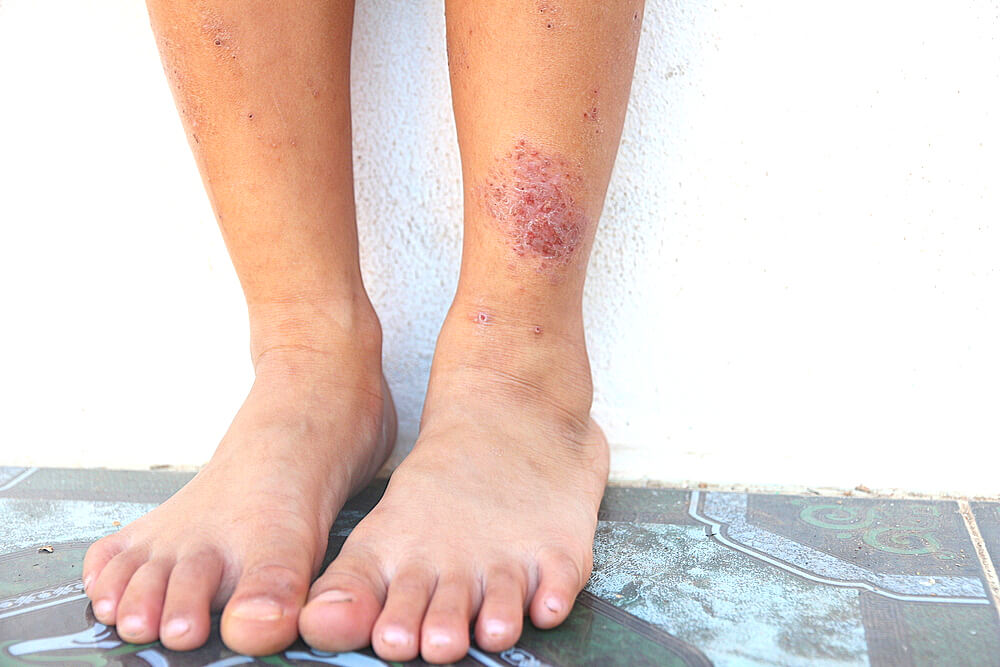 The symptoms of eczema differ according to the age and the severity of your condition. It also can vary by individual. Symptoms of eczema may not look the same on you as it happens on another patient or your baby. Diseased people will often orient when their symptoms worsen, followed by periods of symptoms relief.

Eczema is common in babies under the age of two years.

Childhood (above two years) symptoms include:

Symptoms disappear in 60% of children by adolescence.

Symptoms -in most cases- are mild. Eczema causes redness, itching, dryness, rashes, and irritation in your skin. The skin may appear greyish or brownish, which is harder to see in people of dark color. People may get dark or light skin patches in their skin even after recovery from the disease. These patches are hyperpigmentations and hypopigmentations.

Symptoms in adults include: