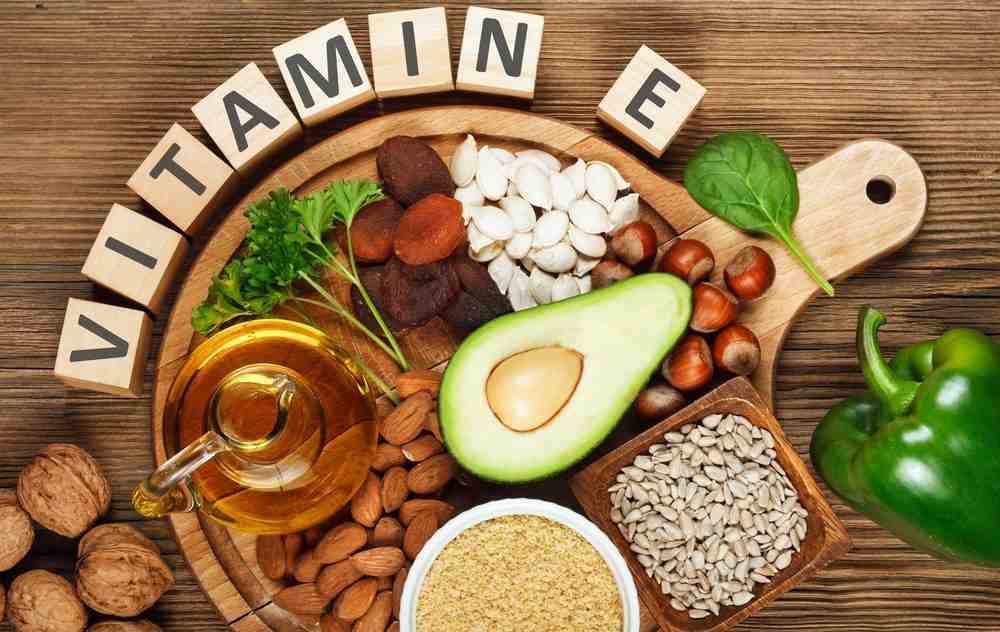 Vitamin E is an umbrella term that includes 8 fat-soluble types. The most important is alpha-tocopherol, which is the most common type of vitamin E. It is considered a vitamin and an antioxidant. As an antioxidant, it has a significant role in protecting the body from harmful molecules that can cause premature aging signs and increase the incidence of cancer. Vitamin E is found in fat-rich food such as nuts and seeds, and dark leafy vegetables. It is a fascinating vitamin for growing long and healthy skin.

Why vitamin E, and what benefits does it have?

Vitamin E helps repair and build tissues as part of its antioxidant properties. It stimulates the growth and blood circulation in the scalp and promotes restoration of damaged hair follicles which results in healthy hair and reduces the rate of split ends, dandruff and hair loss.

Vitamin E acts as an anti-inflammatory, which improves cases of allergy, flu and common cold. It reduces reproduction of viruses and bacteria by inhibiting their gene production and maturation, which contributes to preventing infection in various body systems such as the urinary, digestive and respiratory system.

Vitamin E enhances memory and cognitive functions, mainly in older people. Researches show that people who suffer from dementia and Alzheimer’s have low vitamin E levels in cerebrospinal fluid, which supports a healthy brain and spinal cord functions. Treating vitamin E deficiency in these patients is associated with a reduction in Alzheimer progression and symptoms along with improving memory and cognitive functions.

Combining vitamin E and selenium together is considered anticarcinogenic because vitamin E has antioxidant possesses, which protect and provide a healthy environment for the cells to grow, mature and proliferate, and regulate both cell differentiation and programmed cell death (apoptosis).

Owing to the antioxidant properties of vitamin E, it helps with reducing bone degeneration and calcium mobilization from the bone. Studies show that elevating the levels of vitamin E in patients with osteoporosis decreases the incidence and the symptoms of  .

Antioxidants are substances that reduce and remove harmful molecules from cells to protect them from aging and degeneration. Vitamin E is an excellent source for antioxidants; it delays the aging processes, reducing the incidence of premature aging, the appearance of wrinkles and at the same time protects against cancers because it supports cell growth and tissue differentiation.

Regulation of gene expression is a part of the benefits of vitamin E. When vitamin E levels drop, mutations of genes may happen, giving rise to conditions like ataxia. Ataxia is a neurological disease characterized by abnormal and unpredictable body movements. Patients with ataxia caused by vitamin E deficiency show drastic improvement in the symptoms after treating their vitamin E deficiency.