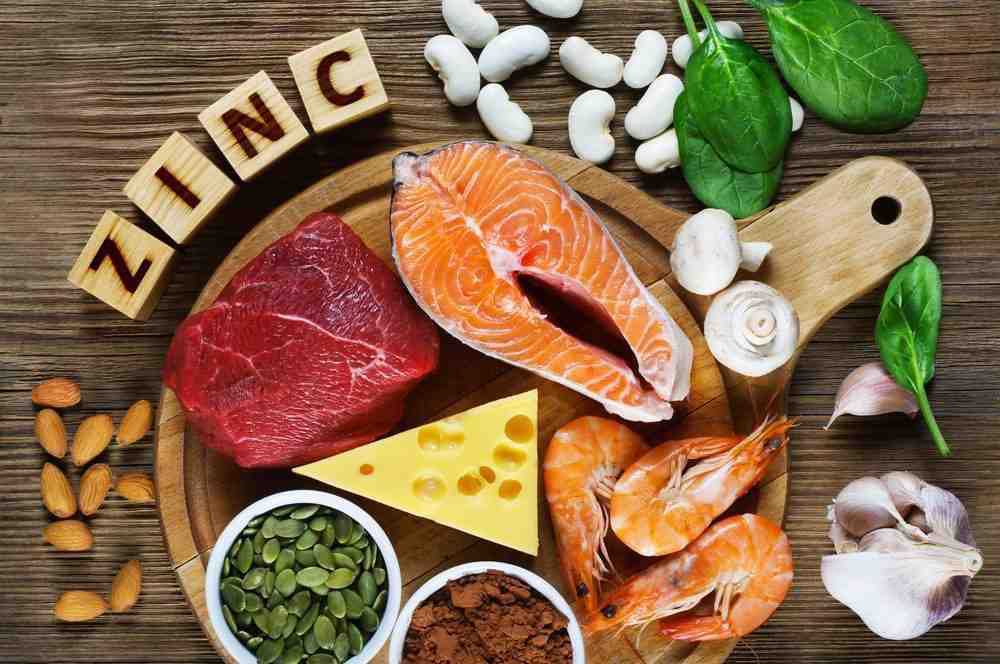 In 2007, 80,000 metric tons of glyphosate were put into the environment. Glyphosate is a GMO that binds and blocks zinc and other minerals in the soil. This affected zinc absorption in a large scale of the population, causing many cases of deficiency. Zinc is the second-highest trace mineral in the blood after iron. It is a fascinating essential trace element for our body, even if we only need this element in tiny amounts. It is vital for many body functions and for our metabolism, but 12% of the worldwide population is suffering from zinc deficiency.

Zinc is an element that is not stored in the body and should be taken consistently from food. It acts as a coenzyme for over 1000 enzymes, it is essential for the metabolism of DNA and RNA, and to build proteins. Coenzyme or cofactor means it can help other enzymes in a metabolic reaction, and they cannot work alone. 10% of all body protein is bonded to zinc. Its deficiency is higher in Asia and developing countries, and that deficiency is a significant risk factor for a lot of diseases in these countries.

Zinc is an essential mineral and a cofactor for many reactions in the body, which is why it has many benefits for the organism.

Here are some of the benefits of zinc:

Zinc acts as a cofactor for a lot of enzymes, which is essential for body tissue development, especially in the brain. The brain is the organ with the highest concentration of zinc in the body.

Zinc stimulates and activates T lymphocytes, a type of white blood cells. They are a defense mechanism and fight against infectious agents like viruses and bacteria.

• Important for the male genital system

Antioxidants are substances that reduce and remove harmful molecules from cells to protect them from aging and degeneration. It delays the aging processes, reducing the incidence of premature aging, the appearance of wrinkles, and protecting against cancers because it supports cell growth and differentiation.

The skin is the 3rd organ with the highest zinc concentration in the body. It improves the appearance of dry skin, speeds up the healing process of wounds, fights acne and reduces the signs of premature aging. Zinc is an essential mineral in skin creams and lotions to help with acne, reduce wrinkles and pigmentation, boost collagen and hydration and help against skin cancer.

Zinc concentrates in the brain, mostly in the emotion-related areas like the hippocampus. Zinc is a natural anti-depressant because it acts on the chemical transmitters of the brain, including serotonin and dopamine, which are essential for the brain function and elevate the mood.

Zinc is an essential mineral for production, secretion, storage, and action of insulin. Insulin is the main hormone that regulates the glucose level in the blood by increasing glucose influx to the cells.

Oral rehydration therapy is an essential therapy for children with diarrhea. Studies show that combining zinc with ORT treats and reduces the severity and mortality of diarrhea in children. Zinc improves the absorption of different nutrients from the intestine and stimulates the regeneration of the intestinal cells which both reduce the symptoms of the disease.