Abnormal bleeding was not as uncommon in Germany, England, Spain, and Russia back in the 19th century. Hemophilia is one of the leading causes, and it affected many royal families to the point of being called “the royal disease.” For example, Queen Victoria of England was a carrier of a hemophilia type known as Hemophilia B. She had nine children, and 3 of them suffered from severe bleeding episodes due to hemophilia.

But what is hemophilia? If Queen Victoria had Hemophilia B subtype, what other types are there? How is it treated or managed? We’re covering all of these aspects of hemophilia and more in this article. 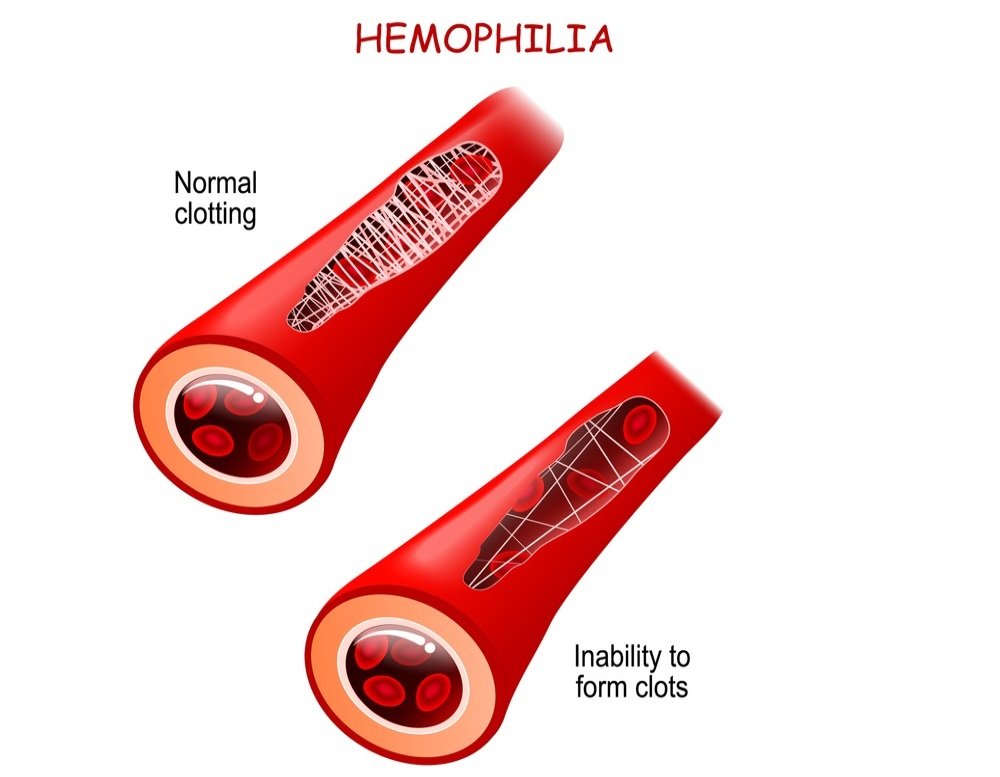 Hemophilia refers to a genetic disorder associated with pathologic or abnormal bleeding. Blood clotting does not work as it should, and the patient often has spontaneous episodes of bleeding and slow healing with continuous bleeding from wounds and injuries. For this reason, patients with hemophilia need to be evaluated and carefully managed if they ever need to undergo a surgical procedure.

This disease shows up in one in 5,000 males. According to statistics gathered until 2018, up to 33,000 males were diagnosed with hemophilia in the United States. As we’re covering in this article, there are two types, too, and Hemophilia A is the most common.

In the blood, several proteins contribute to clotting. They are called clotting factors, and we have several of them. People with hemophilia have a deficiency of specific clotting factors, usually factor VIII or factor IX. Depending on clotting factor levels, hemophilia can be mild, moderate, or very severe, with or without complications and long-term consequences.

The disease usually starts early in life, but it may also develop later in older adults or middle-aged people. Sometimes, younger women develop hemophilia during pregnancy or after giving birth, but these cases are usually resolved after appropriately treating the condition.