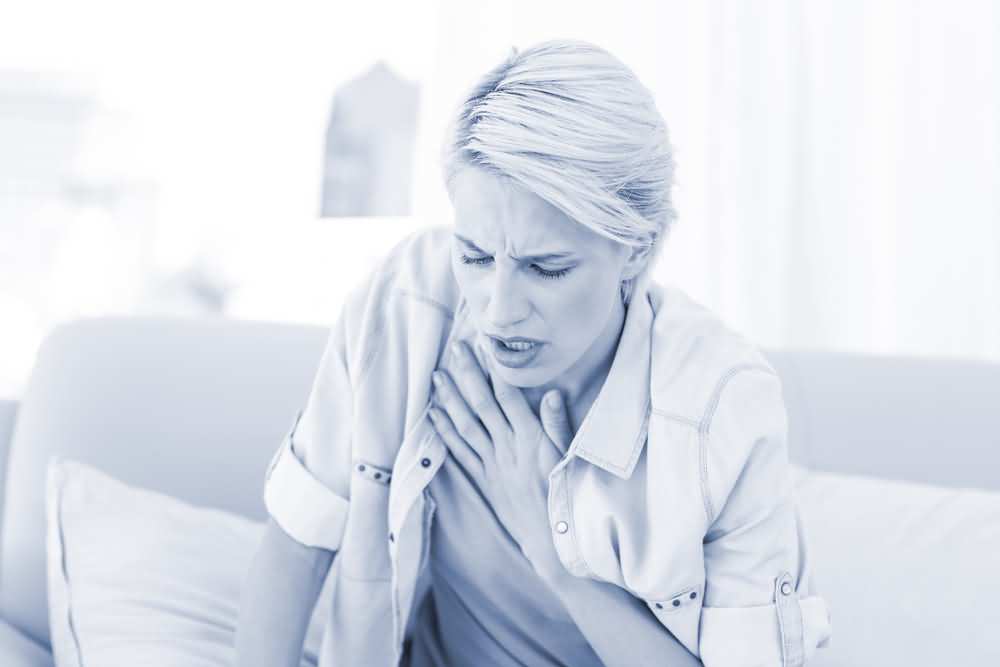 Respiratory problems are a major cause of complaints among these patients. Some of them have asthma and other underlying respiratory problems, including chronic obstructive pulmonary disease. In patients with an underlying respiratory pathology, breathing difficulty is even more common or severe. However, almost all patients describe a sense of oppression, sometimes described as if they were choking and running out of breathing air.

Hyperventilation is an important sign in a panic attack. Patients feel the urge of breathing heavily and frequently. In some cases, their respiratory rate might appear to be normal, but they still have hyperventilation and may have difficulty to hold their breath for a long time, with a propensity to sigh continuously. This is a typical response to low levels of oxygen, and some authors have said that panic attack results from hypersensitivity of the receptor of carbon dioxide. As a result of hyperventilation and impaired respiratory function, some susceptible patients may also have seizures.