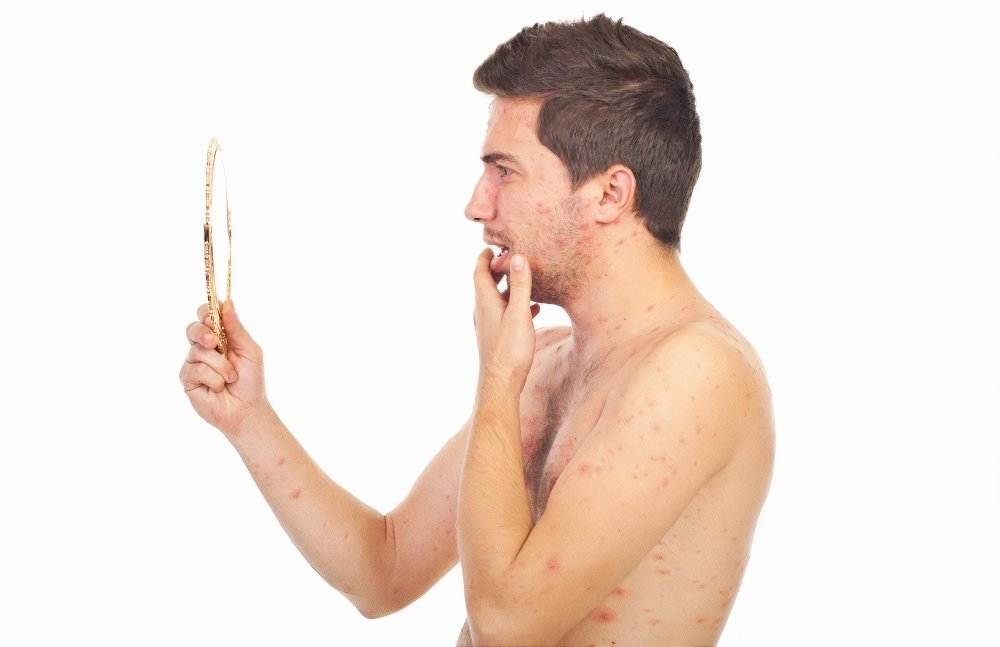 This type of rash is composed of red patches with a blister in the center. The blister breaks and forms a crust, heals, forms another blister to break in a continuous cycle that changes the color of the skin and causes an itching sensation. It typically appears in the buttocks, legs, and in the low portion of the abdomen. Since this is not a common disease, doctors usually confuse this skin rash with other skin diseases, and the diagnosis is delayed for a long time, allowing the tumor to keep growing in the meantime.