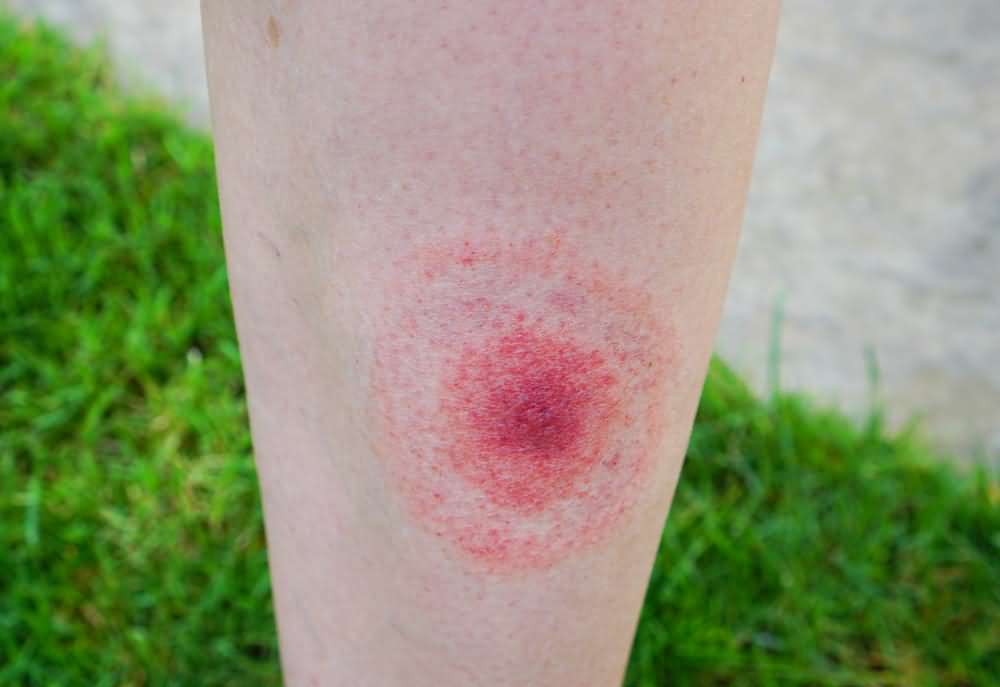 The type of skin rash in Lyme disease is called erythema migrans, and it can be found in these patients as an early manifestation in stage 1 of the disease or later. Two-thirds of patients display this sign, and it often appears one week after being bitten by an infected tick. The first manifestation of skin rash usually appears right in the spot where the patient was bitten, and may or may not itch or feel like burning. Then, as the name erythema migrans implies, the rash starts expanding in the same area creating concentric rings in the skin, and finally, they start appearing in other parts of the body.

When skin manifestations are not treated, they usually take up to 3 weeks to disappear, and sometimes these patients may display only one erythema migrans that do not replicate in other areas of the body. In 20% of patients, there are multiple lesions, and these patients should be aware and take care of their disease because it might be associated with a hematogenous dissemination of the disease.